The transition follows a few days of testing, spaced out over the past three months. This version of o-blog (2.6) is the current development version of o-blog. According to the main developer, Sébastien Gross, the code is stable enough for production.

Previously, the hillenius.com web site ran an earlier incantation of o-blog. That version was without developer support from the day I started using it.

The first year, the legacy situation was not an issue as the code was stable. But with the upgrade of Debian 7 to Debian 8, the underlying tools were bound to create problems. Until now, I evaded these simply by not updating the machine that ran o-blog.

The beta version of the upcoming o-blog is 2.6. Sébastien has not found the time to make this version the master version. That means that to check out version 2.6 from git, you’ll have to:

To start using it, tell Emacs where to find the o-blog lisp directory, and load it.

The o-blog documentation needs some care. Bits of the documentation is for earlier versions, and you’ll be flipping back and forth to find up-to-date usage instructions.

Uncommenting this line, does not give the desired result. So for now, just remove the _cache dir whenever you update a blog post. 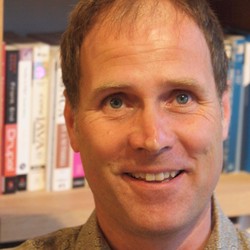